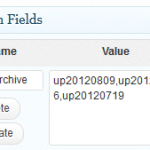 How to use a slug function, tags, and custom fields to pull content into a Wordpress page. 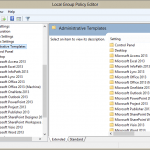 Group policies are not for domain users only. Anyone can use them to set their defaults for any application that supports Group Policies. The advantage to using group policies for SOHO users is that you don't need to edit the registry. 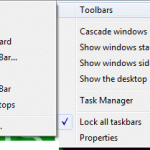 I hated Windows 8 when I first installed it. Navigating was difficult since I'm using on a desktop computer and live on the desktop. The Metro screen might be OK for touch screen tablets, but it's not workable for my desktop. Yes, I know, you can quickly get to the start screen by holding down […] 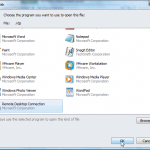 Out of the blue, not one, but two, computers lost the RDP file association and clicking on the saved RDP files, opened the Open with… dialog, not the remote computer. I have no idea what caused the problems, but it was likely either a Windows update (whatever was installed on 2/7/2012) or a top secret […]

Although Windows 7 (and Vista) make it easier to find folders, thanks to the Favorites and Libraries, some applications use the older Open/Save common dialog. And yes, it still supports Places Bar. You can add up to 5 places to it, replacing the five that are on it by default. You can add your own […]

I got the following phishing email today. The first giveaway that it was not legit was in the first line... plus the message was formatted with ugly green text. ™From Microsoft windows lives corporation™ (TM marks?!?!) ? Hear by? Severe user? Every account user most get back to us? ™From Microsoft windows lives corporation™ We […]

I'm trying to set up a new Windows XP virtual machine (in Microsoft's Virtual Server) and the F8 (to accept the EULA) wouldn't in the virtual machine. I searched Bing (google searches are useless lately) and most websites say you need to set the F-lock key. However, I'm using a Toshiba laptop to access the […] 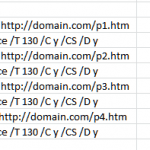 These are the steps I used to get a usable URL and create the code I needed for the batch file, in only a few minutes - using Excel. Open directory.asp in a browser. View source. Copy the section with the URLs. Paste into Excel The code will look like this: <li><a href="/folder/page1.asp">Page Title</a></li> <li><a […]